Kuwait’s Ministry of Health has announced recording 985 new coronavirus infections and eight related deaths in the past 24 hours.

The new figures take the total cases in the country up to 288,184 and deaths to 1,669 respectively, noted the ministry’s spokesman Dr. Abdullah Al-Sanad in statements to KUNA on Wednesday.

He pointed out that some 1,166 more people had been cured of the virus over the past day, raising the total of those who have overcome the disease to 273,289.

He added that the number of people hospitalized with the virus currently stands at 13,226. Al-Sanad revealed that some 8,667 swab tests were conducted over the last day, bringing the total to 2,429,889.

He renewed calls for nationals and expatriates alike to abide by health precautions to curb the spread of the virus. 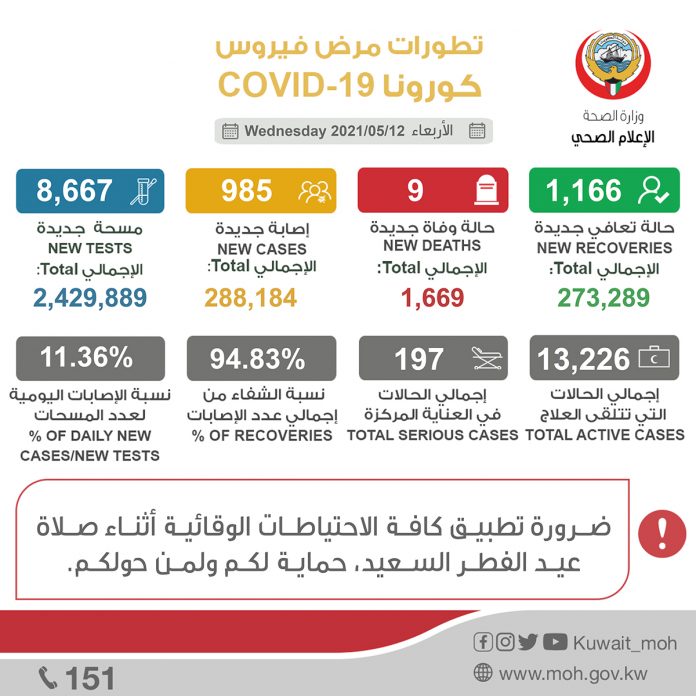