Kuwait’s Ministry of Health on Friday reported eight COVID-19 deaths and 1,345 infections in the past 24 hours.

The new figures took the country’s death toll to 1,719 and the caseload to 297,206, noted the ministry’s spokesperson Dr. Abdullah Al-Sanad in statements to KUNA.

He pointed out that some 993 more have recovered over the past day, raising the total to 282,913.

He added that the number of people hospitalized with the virus currently stands at 12,574, including 171 currently in ICUs.

Al-Sanad revealed that some 11,314 swabs conducted over the last day, bringing the total to 2.5 million.

He renewed calls to abide by health precautions to curb the spread of the virus. 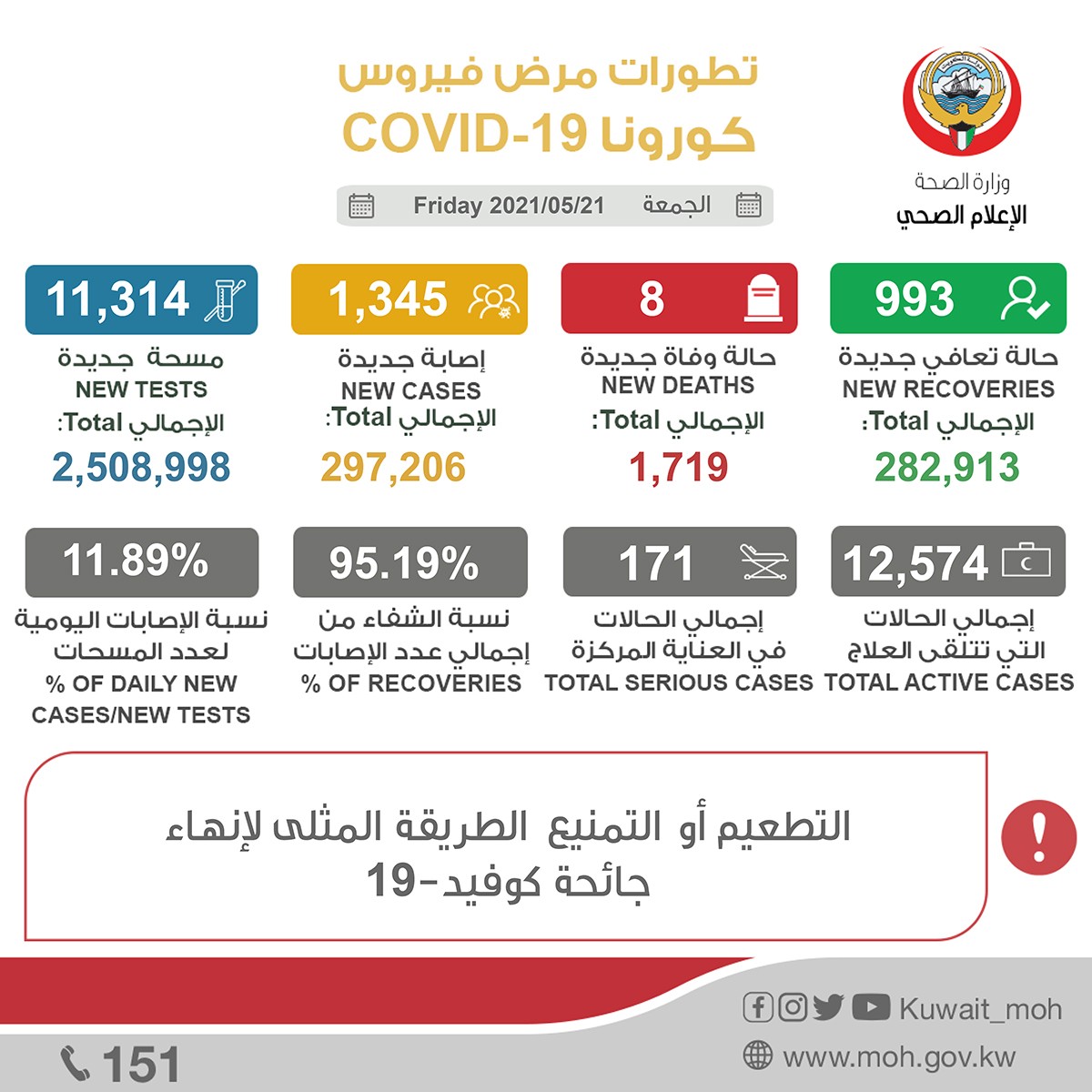